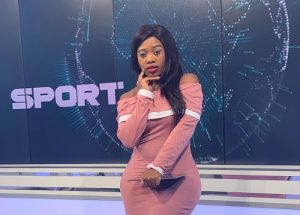 Let us take a quick look at who Vusiwe Ngcobo is. her profile, age, how much she may worth, how old she is, education, parents etc.

Vusiwe Ngcobo was born on September 26, 1988. She is a commo South African television personality who also is a  singer, and a professional lawyer. She became a notable figure when she presented at the Yo-TV, Open Varsity, and Harambe.

Her love for music runs deep in the family as she was raised in a family and loves and makes music, in fact her parents are professional music makers.

Ngcobo had released some music with her siblings after they created a music group, Amaponi.

Her parents whose names are Bheki Ngcobo and Linah Khama also formed the music group, Ihashi Elimhlophe. Her father had his stage name as the White horse while her mother had hers as Ebony.

Asides being an entertainer, Ngcobo is a a certified lawyer at Cliffe Dekker Hofmeyr, a top law firm in South Africa. She was enlisted in 2013 as a candidate attorney, from there she became an associate lawyer in its dispute resolution department after about 24 months.

The beautiful lady, Vusiwe Ngcobo was born on September 26th, 1988. She will be 35 years old in September 2023. SHe was born and raised in Johannesburg, the capital of Gauteng in South Africa.

Being a singer who professionally makes music, and also being a lawyer, one can suggest that Vusiwe is worth a lot. Vusiwe Ngcobo had been reported to have an estimated net worth of R10million.

Asides being a lawyer, Vusiwe is also a musician and she dies lots of live performances, she also is a TV presenter. Like stated earlier, the Ngcobo siblings created a music group named Amaponi, which means baby horses, the group was created in 2018.

In 2018, they shared their first studio album and have since released more.